Six of Queensland’s most successful entrepreneurs and business people returned from a whirlwind regional tour in March, saying they had been inspired and humbled by the experience, where they engaged with more than 1,300 Queenslanders. 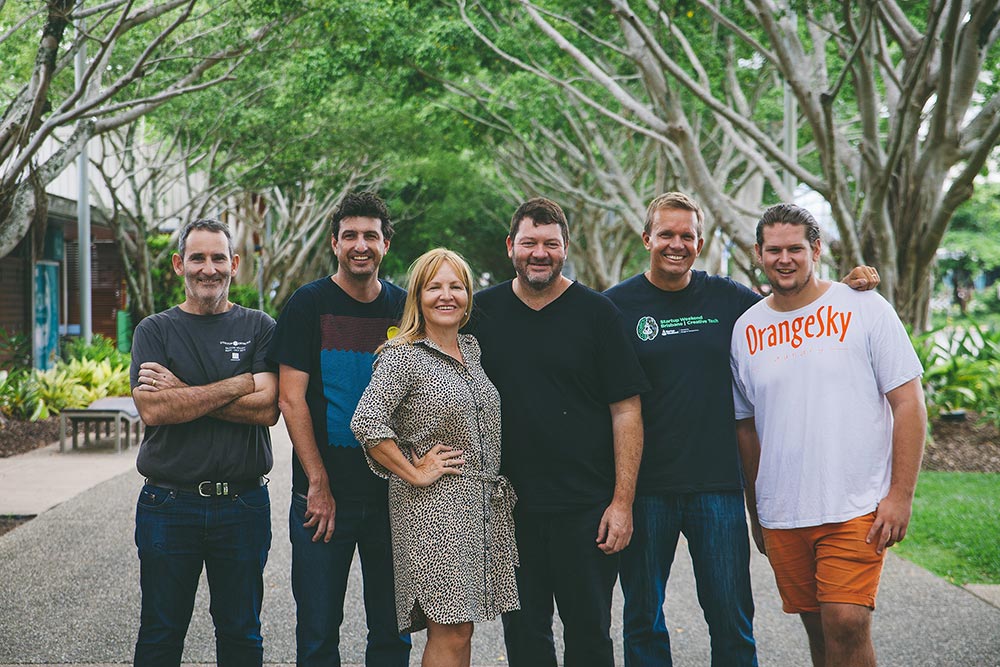 In a whole-of-community effort, events were coordinated with regional startup hubs, such as theSPACE in Cairns and Split Spaces in Mackay, as well as local entrepreneurs, businesses, universities, schools, councils and chambers of commerce. The interest from the regional centres was outstanding with five events selling out.

Over the four days the group also reached out to more than 17 schools meeting with more than 280 Queensland students, from budding social entrepreneurs at CQUni to Club Kidpreneurs in primary schools.

River City Labs founder Steve Baxter said the trip was a chance to give back to regional Queensland and return to some of the towns that the panellists grew up in.

“After speaking with hundreds of Queenslanders – from gluten-free bakers, to innovative beef cattle farmers, high school social entrepreneurs and a club of under-ten-year-old ‘kidpreneurs’ – we have been incredibly inspired by the tenacity, ingenuity and diversity of entrepreneurs across the state,” Mr Baxter said.

“What we saw on the trip was the power of storytelling and that one of the most important things we can do is to inspire people and encourage them to have a go, back themselves and become entrepreneurs.”

Mr Sowerby said the group exemplified the ‘give before you get’ culture of the startup sector. Giving their time freely to be part of the tour, the group worked tirelessly from before dawn to the wee hours of the night talking with entrepreneurs and business people, telling their stories, listening to ideas and giving advice.

“If this tour has inspired just one budding entrepreneur in each of the ten towns we visited, then it has all been worth it. We know community and networks are vital to developing Queensland as a startup economy. We want to act as the glue to connect the state's entrepreneurs, incubators, investors and mentors, and make things happen,” Mr Sowerby said.

“It’s the small businesses, startups and scale-ups that drive real job growth and the same skills and rules apply for each of those businesses to be successful. And we know it’s addictive and once entrepreneurs get a taste of it, they go again and again. Today’s small business might be tomorrow’s global startup – it’s crucial to support grassroots entrepreneurs and encourage them to back themselves because we know there are no limits to how successful they can be.”

Dr David Phelps, Western Queensland Drought Appeal chair and scientist at the Department of Agriculture and Fisheries attended the event in Longreach. 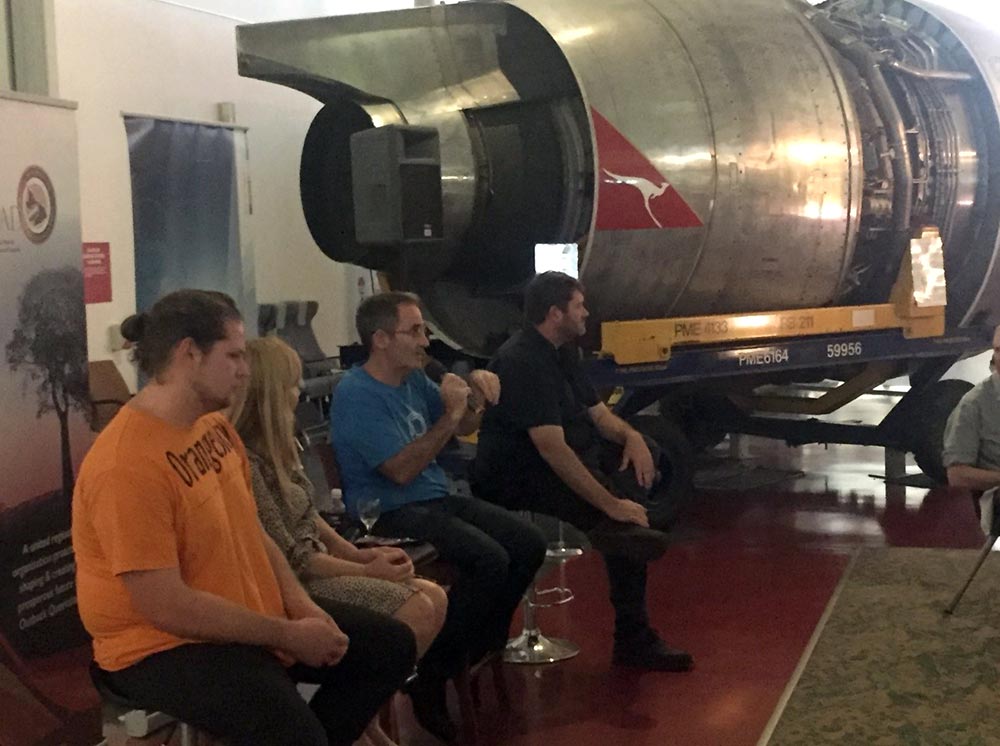 Panel speaking at the sold out event at Longreach in the Qantas Founders Museum. 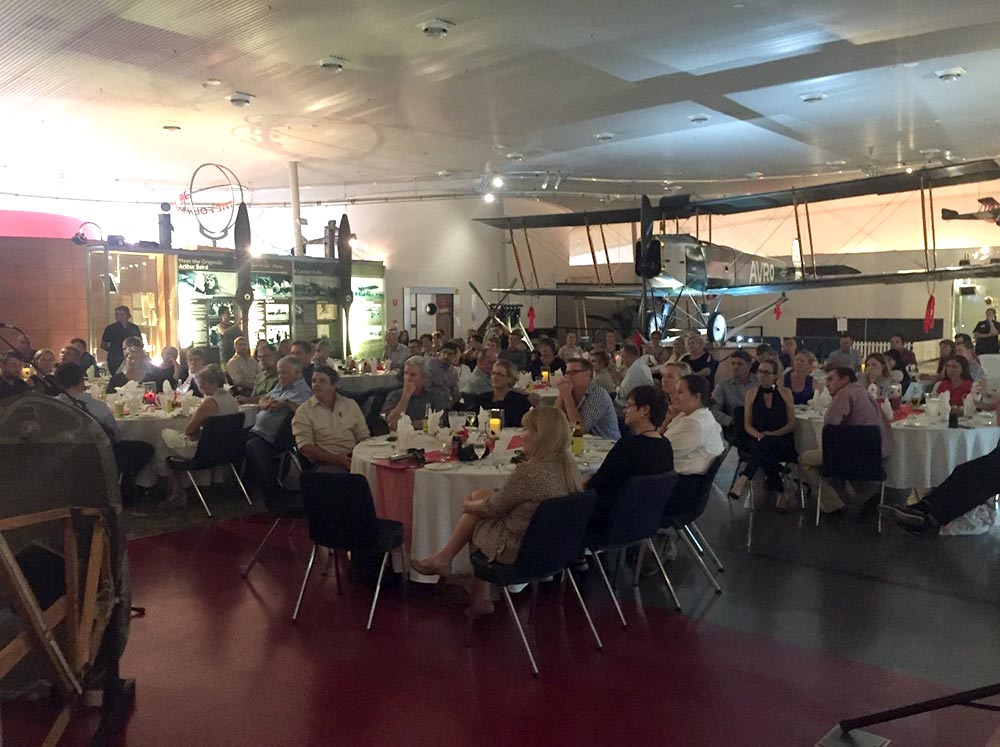 “It was great hearing the stories first hand, and getting a chance to talk with the entrepreneurs directly. I have already used some of the advice and stories to inspire my 16-year-old son, as well as work and community colleagues,” Mr Phelps said.

Stephen Phillips co-founded We Are Hunted, which was acquired by Twitter in 2012 and is the CEO of Mawson Ventures, an Australian venture firm investing in AI, robotics, materials and renewables.

“Last week I met hundreds of inspiring people, from entrepreneurs and school principals to a 14-year-old wizard hacker, and I can see our tech future is strong with our kids leading the way. The tour has left me humbled and inspired to be a better person,” Mr Phillips said.

“Whether people are working within organisations or starting on their own to build a global startup, we all have the ability to be entrepreneurs in our own space and make a difference in our own way. Regional Queenslanders are reinvigorating our state’s economy and employment by embracing entrepreneurship and innovation,” Ms Brown said.

Lucas Patchett is the co-founder of social enterprise Orange Sky Laundry and 2016 Young Australian of the Year.

“We travelled through sensational locations, talked with people of all ages and they all want to help their communities and give back. Plus, I managed to get the panel doing games in front of huge crowds so that was entertaining,” Mr Patchett said.

Chris Titley is a Morgans stockbroker and host of the Morgans Startup, Executive and 40 Under 40 podcast series.

“It was a life-changing trip for me and I could see the impact we were having, through the power of sharing experiences and the energy created. We’re on a wave of change in Queensland,” Mr Titley said.

Mr Sowerby said a recurring theme the group came across during the tour was how valuable startup hubs are to bring local entrepreneurs together under one roof.

“The flourishing entrepreneurialism we saw in Cairns and Mackay has been supported by theSPACE and Split Spaces respectively. But the tour was also a chance to support the smaller towns who don’t always have access to these programs and facilities,” Mr Sowerby said.

“Mackay is still buzzing after the visit. Having the opportunity to talk with some of the state’s most successful entrepreneurs has inspired the region to kick into overdrive, and to further connect and develop our ecosystem. 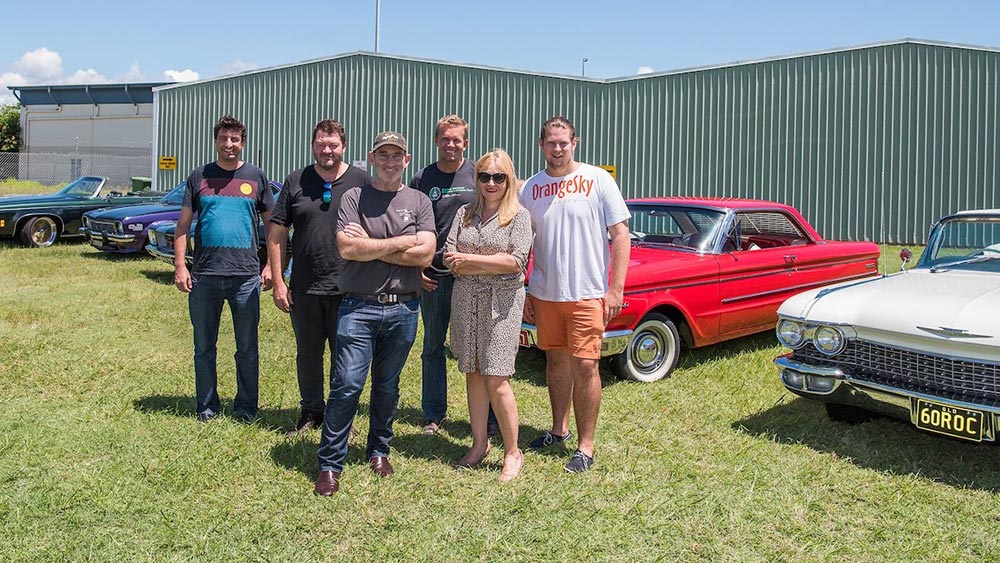 Mackay pulled out all stops with a fleet of vintage cars to chauffeur the panel into town. 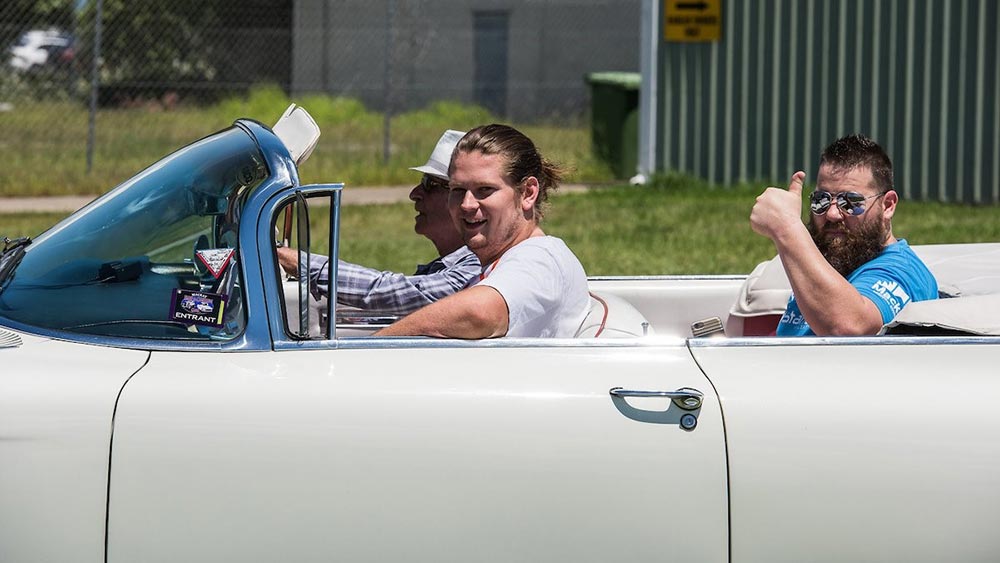 “From a targeted breakfast with local angel investors to meeting with Indigenous businesses, a massive networking event for the Cairns community and sessions with local primary and secondary school students, the Cairns startup ecosystem and entrepreneurs are ready to take on the world,” Mr Haines said. 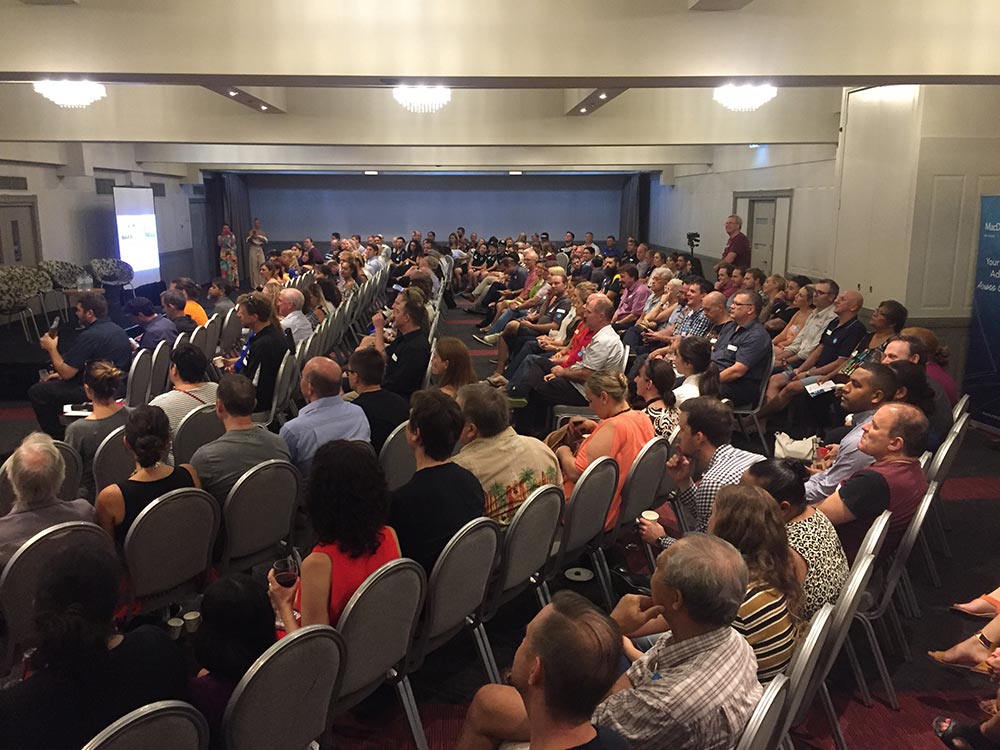 Packed to the rafters in Cairns.

The tour was just the beginning of the Office of the Queensland Chief Entrepreneur’s strategy to build connections and networks with the regions and identify what each area needs to grow their entrepreneurial communities.

The Office will welcome more than 125 regional delegates, supported by Advance Queensland, at technology and innovation event Myriad in March. Myriad will give regional entrepreneurs the chance to continue to build on the momentum started on the tour, cement their state-wide networks and market their products and services to international venture capitalists.